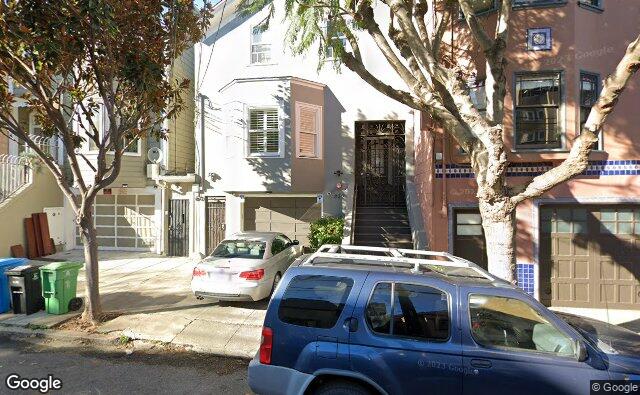 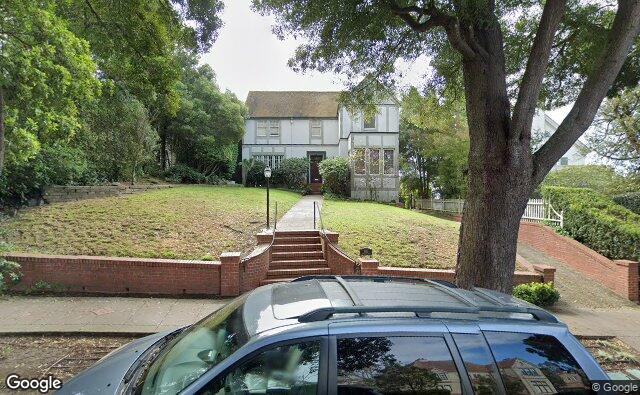 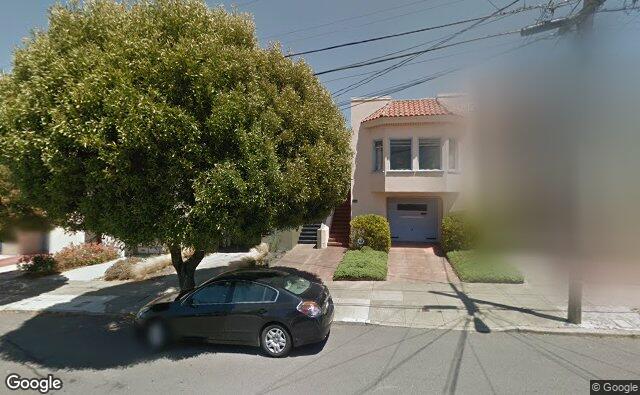 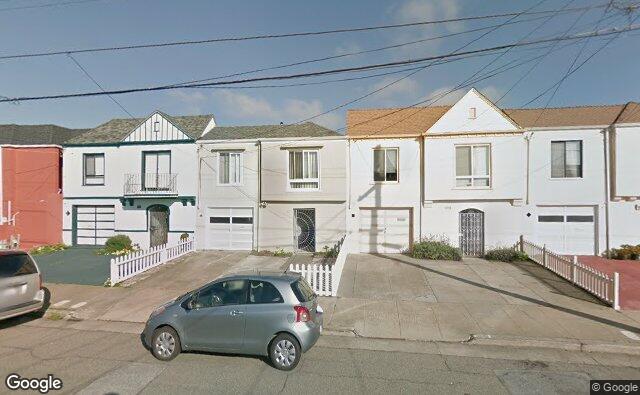 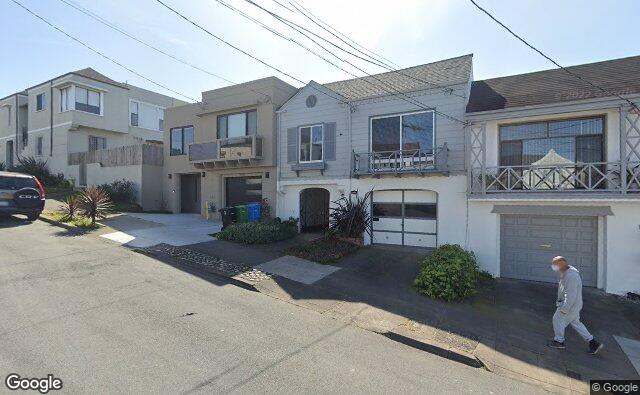 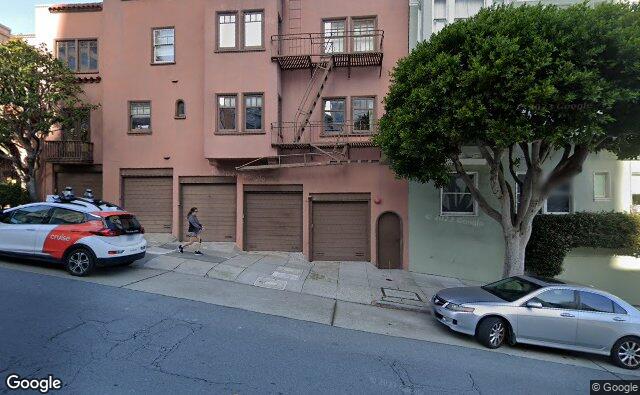 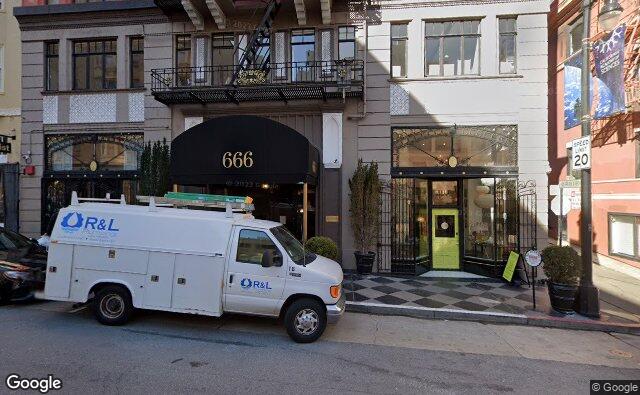 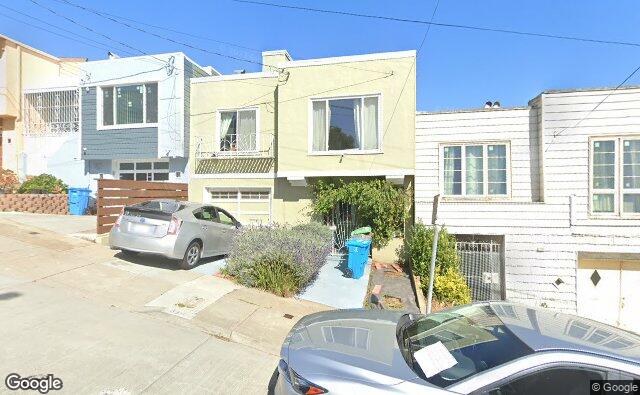 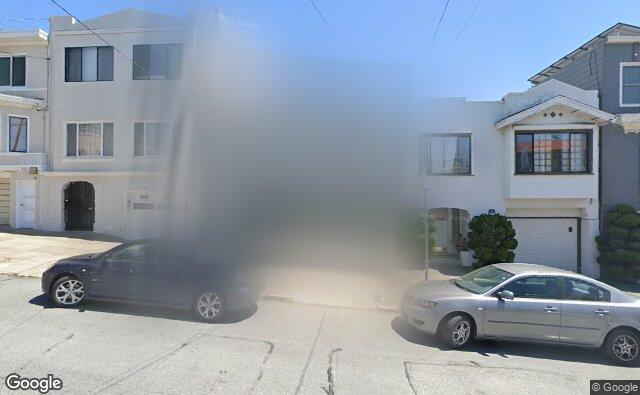 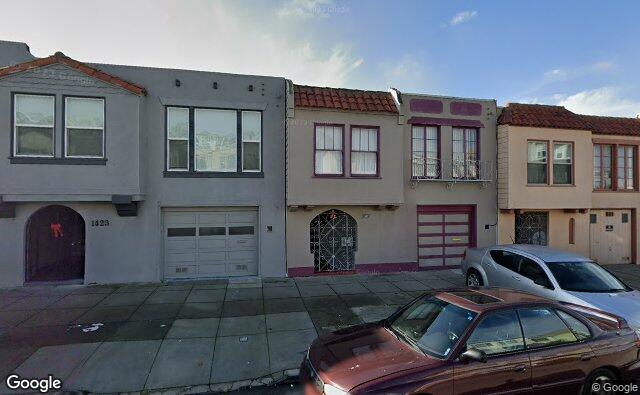 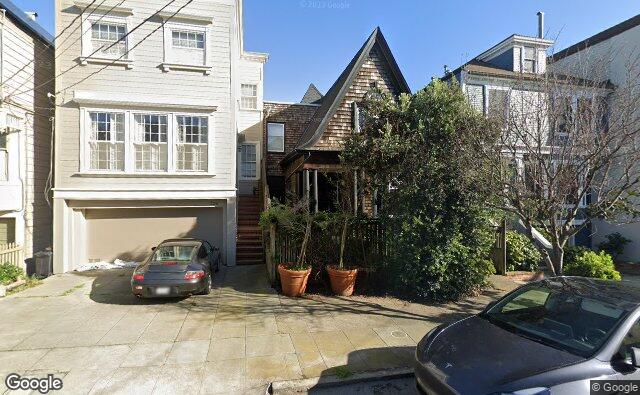 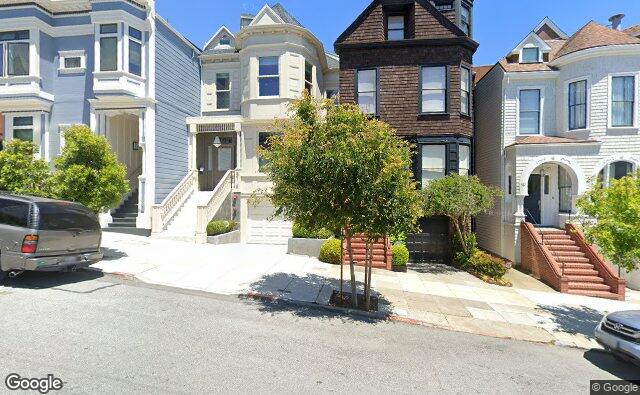 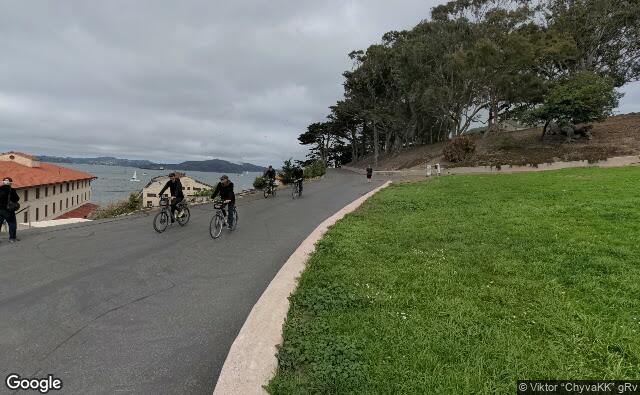 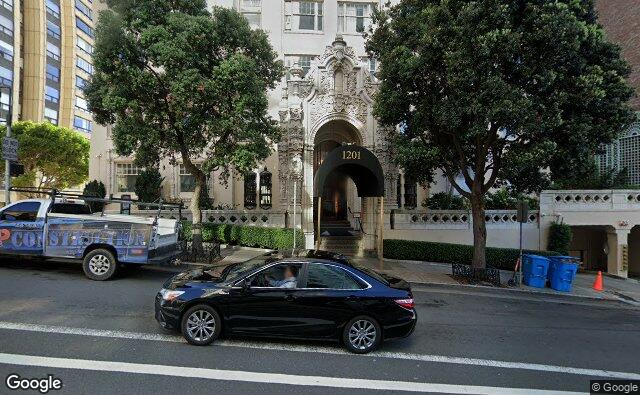 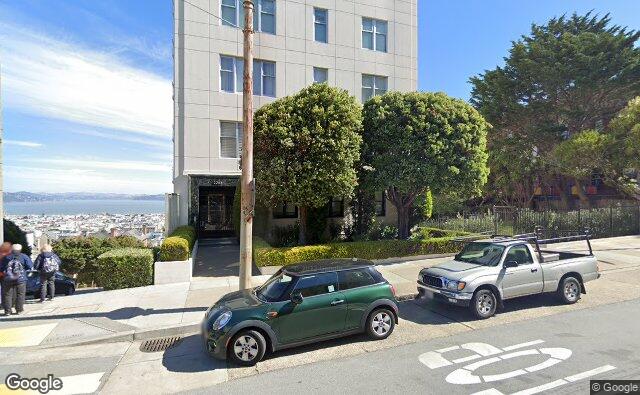 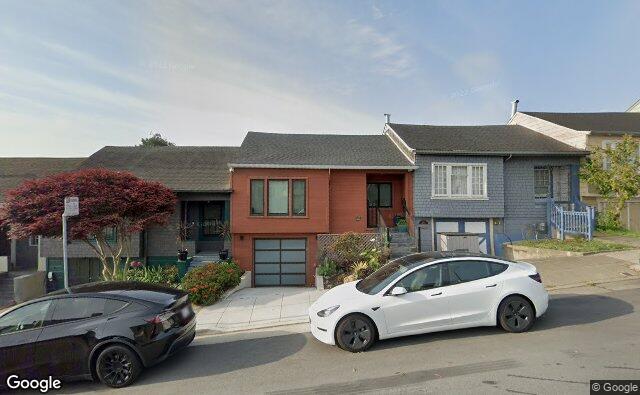 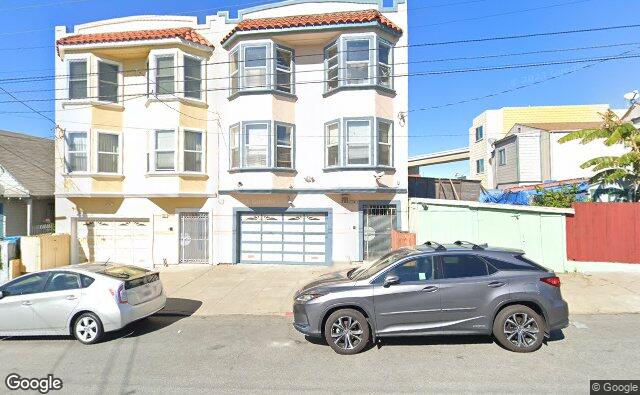 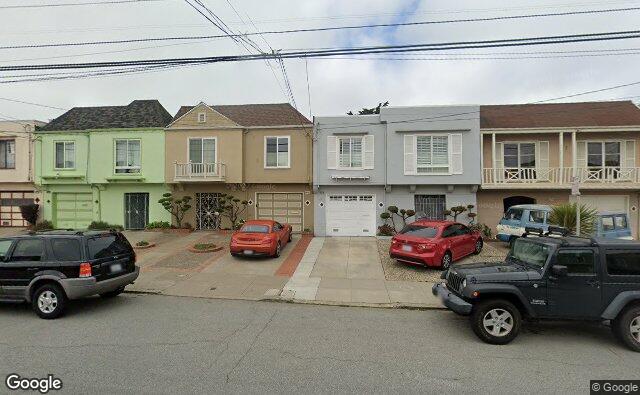 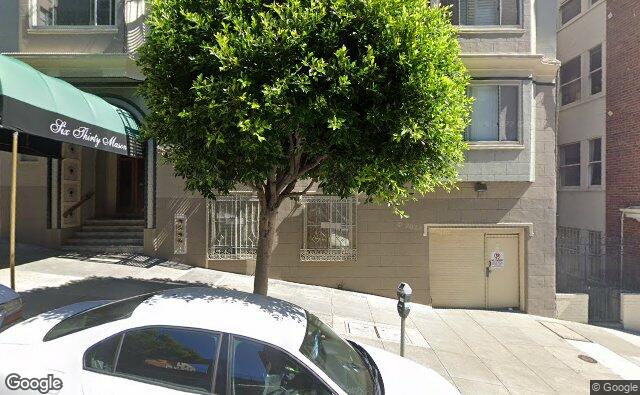 San Francisco Homes By The Numbers

291
1000
Our assessment of the average current home value. We use several data sources including tax assessments, listing history, building permits, and zoning regulations.

1,422 sq ft
How much homes have been sold for over the last year.

The City by the Bay, Fog City, the Paris of the West, or the Golden Gate – no matter which moniker is applied, we could only be referring to San Francisco.

San Francisco is a cultural, financial, and commercial center contained in just 49 square miles at the north end of the San Francisco Peninsula. With 874,000 residents it is the fourth most populous city in California. More than 50 hills and a sizable swath of the San Francisco Bay, as well as seven islands – including the infamous Alcatraz Island – are located within the city limits. The City (as it is known to locals) is filled with distinctive neighborhoods, creating a true global melting pot.

Originally inhabited by the Ohlone people, the land changed hands numerous times, being claimed by Spain, then Mexico, and finally by the Americans in 1846. Despite its protected deep water bay, attractive for both commercial and military purposes, San Francisco remained a small settlement. It wasn’t until 1849, when gold was discovered nearby, that the city began to grow.

Prospectors, nicknamed the Forty-Niners, descended upon the city by the boatload. Approximately 500 ships were abandoned by their crews, who rushed off to the gold fields. Knapsacks brimming with sourdough starter and mining supplies, the treasure seekers considered San Francisco the gateway to riches. Although a small number of prospectors hit a lucky strike and became rich, it was the entrepreneurs catering to “gold fever” that truly became wealthy. Wells Fargo was founded in 1852 to assist miners who wanted to exchange their gold for dollars, and they also provided the means to send that money back East via Wells Fargo Overland Express. Levi Strauss opened a dry goods store in the city, selling all manner of clothing, bedding, tents, and eventually, his patented copper-riveted jeans, which were designed specifically for prospectors to keep the pockets from ripping out of their pants.

With the completion of the Pacific Railroad, Chinese railroad workers settled in the city and opened businesses, such as laundries and gambling halls. The area they settled, known as Chinatown, was one of the city’s first ethnic neighborhoods and remains a vibrant community today. As the decades passed, more groups formed neighborhood enclaves: Little Italy, Japantown, and the Mission District, which originally housed working-class German, Irish, and Scandinavians. Haight-Ashbury is famous for welcoming the hippie generation during the 1967 Summer of Love, while the Castro has become North America’s first openly gay village and is the current hub of the city’s LGBTQ+ community.

There are so many things to do in San Francisco that it’s almost mind-boggling. For history buffs a visit to the Presidio (the fort constructed to protect the city from attack by sea) or Mission Dolores takes you back to the city’s roots. Tour the former federal prison on Alcatraz Island to learn about life behind bars. A walk through any of the distinct neighborhoods transports you through time. Ride a cable car to Chinatown or Ghirardelli Square. Traversing the beautiful Golden Gate Bridge yields stunning views of the city and the sea. For a more cultured experience, museums, concert halls, and open-air festivals abound. The dining scene throughout the city is superb, with plenty of tasting rooms for local wineries and microbreweries. There is an endless array of hiking, biking, and boating opportunities, as well as a world-class zoo and botanical gardens.

If you’re planning a move to the city, you may be wondering about job prospects. San Francisco has long been an economic leader. There are dozens of Fortune 500 companies that are either headquartered or have a strong presence in the city. As the undisputed home of information technology, opportunities in that sector are nearly endless. Commercial shipping and maritime services also figure prominently in the local economy. National lifestyle brands (Gap, Levi Strauss, Williams Sonoma) are just a handful of retailers headquartered here. Since the town promotes tourism, the hospitality sector is always hot. Wages tend to be higher than the national average.

With a dense population packed into a space bounded by an ocean and built on a series of hills, architects have become creative by necessity. Most homes are built close together, some with only a couple feet of space between them (designed to allow natural light to filter in from all sides). On most properties, there is very little room for lawns or patios, which makes them coveted features. Realm’s data bears this out, as patios — mentioned in 637 listings — were among the most popular features in recent real estate listings. Even more popular than patios? Decks, mentioned in 1,013 listings, which makes sense given that many San Francisco homes are built on hilly terrain.

Even if everyone wants a little piece of the outdoors, San Francisco homeowners also take care with their home interiors. Realm’s data analysis showed that the most popular feature in recent listings was wood flooring, featured in 1,039 homes. Kitchen remodels (appearing in 460 listings) and paint work (appearing in 365 listings) rounded out the top five most popular features in the San Francisco housing market.

The Bay Area is famous for experiencing earthquakes. The famous 1906 earthquake and subsequent fire nearly leveled the city, displacing thousands of people. In 1989, the Loma Prieta earthquake caused major destruction, including the collapse of the double-decker Nimitz Freeway. The 1989 quake was witnessed in real-time by people across the country, as it interrupted the baseball World Series being played between the San Francisco Giants and the Oakland Athletics at Candlestick Park.

Realm’s data analysis shows that most of the single-family homes in the city were built in 1900 — which means that these homes either withstood the 1906 quake or were refurbished. Stringent safety protocols have been instituted for new construction and seismic retrofitting of older buildings is mandatory. The city has also implemented back-up systems for water and power, ensuring that residents will have adequate reserves. The science of seismic forecasting has also improved, with sensors detecting and reporting earth movement so that public warnings can be issued in a timely manner. All residents are encouraged to maintain a “go bag” stocked with water, non-perishable food items, first aid supplies, medications, extra clothing, etc.

Although seismic safety is a top priority in the city, it is still advisable to have an experienced inspector thoroughly investigate the structural integrity of any potential home in San Francisco.

San Francisco is well-known for the hodgepodge of architectural styles found within the city limits. Prior to the 1906 earthquake, Victorian homes were in vogue. There are many variations (Gothic Revival, Italianate, Eastlake, and Queen Anne), all of which have strong representation in the City by the Bay. The Painted Ladies, a row of pastel-colored Queen Anne-style beauties, have been attracting attention since they were constructed in the late 1800s. With elaborate gingerbread trim, bay windows, and meticulous upkeep, they are a popular tourist destination.

Two common styles are native to the Bay Area. The first is shingle, which (as you may have guessed) sports a shingle-covered façade. Its stark simplicity came about as a reaction to the ornate Victorian homes popular at the turn of the last century. Shingle homes take advantage of the abundance of local redwood and are often cited as the beginning of the First Bay Tradition architectural movement. Earthquake Shacks are the second homegrown style. Modest in size, these homes were built in tightly packed rows as emergency housing after the 1906 disaster. The homes feature cedar shingled roofs and redwood plank walls and were originally painted dark green to blend into surrounding parks and squares. Over time many of the original homes have been relocated to different parts of the city and expanded. Earthquake Shacks with the original structure still intact fetch high prices on the real estate market.

Is it a good time to buy a house in San Francisco?

Deciding whether or not to buy a home in San Francisco depends on many factors, not least of which is whether the housing market might be more favorable for a buyer in the coming months. While it’s tough to say for certain what future housing markets will look like, San Francisco real estate experts do have some predictions based on recent trends. The supercharged home buying that happened during the pandemic may ease and more housing inventory may come on the market, which may make it easier to find a home. But San Francisco home prices are still predicted to rise in the coming year. So deciding whether now is the right time to buy really depends on whether you find the right home at the right price.

In a word, yes. In fact, the San Francisco Bay Area housing market routinely tops the list of most expensive markets in the US. So what makes the city’s real estate so expensive? For many years, San Francisco has been a highly desired destination for those working in tech. More people results in more demand — which in turn, pushes home prices up. As long as San Francisco remains an in-demand housing market, prices are likely to remain high.