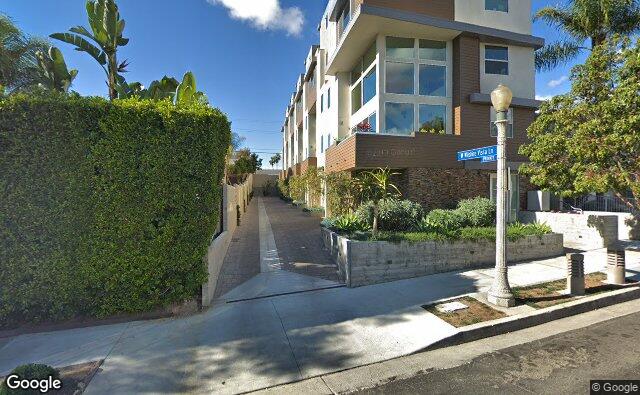 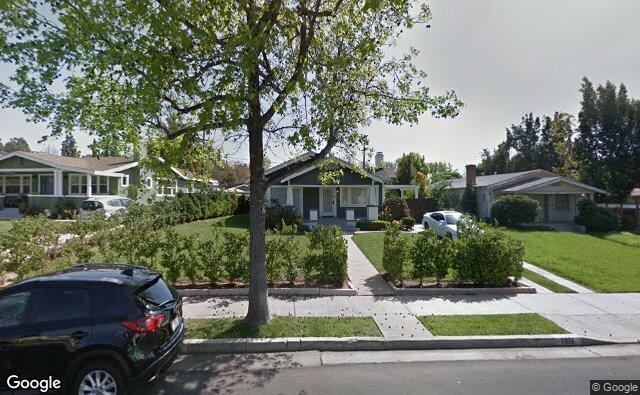 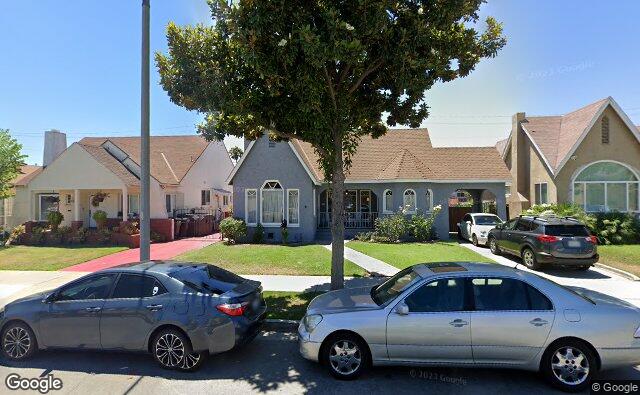 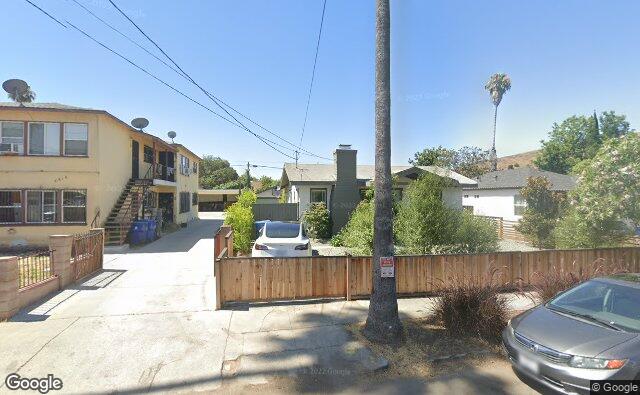 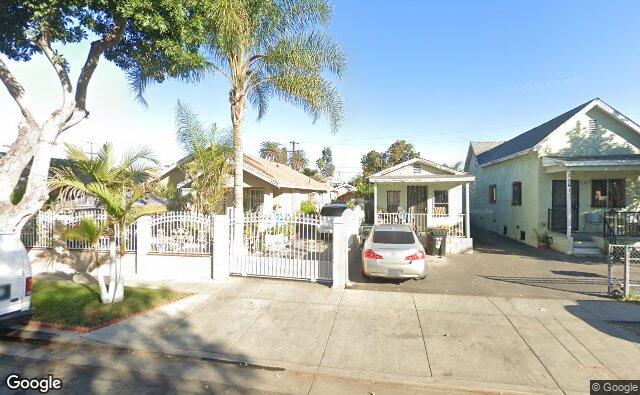 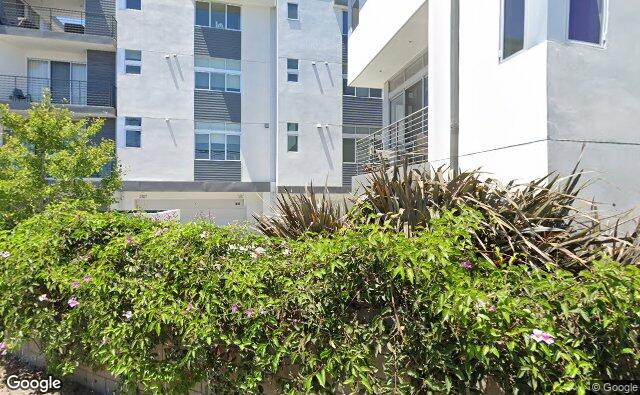 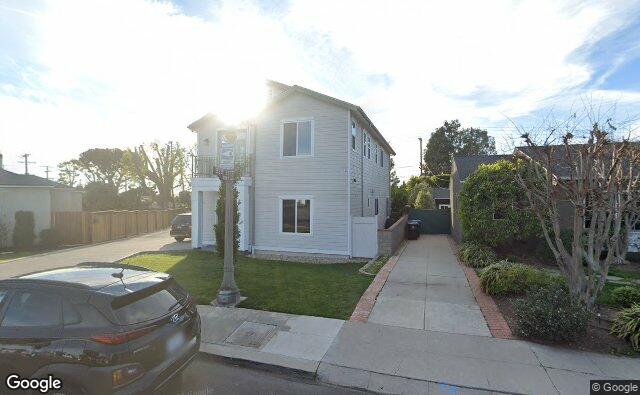 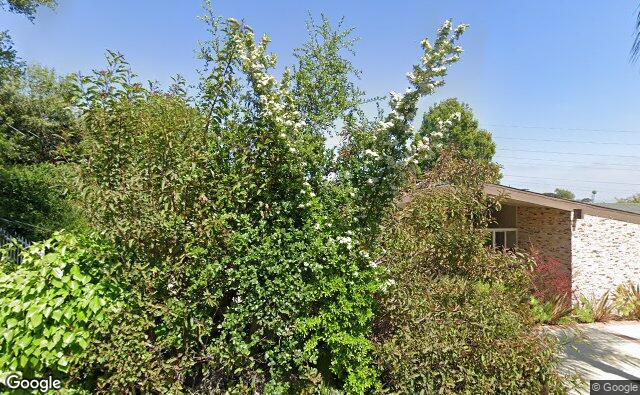 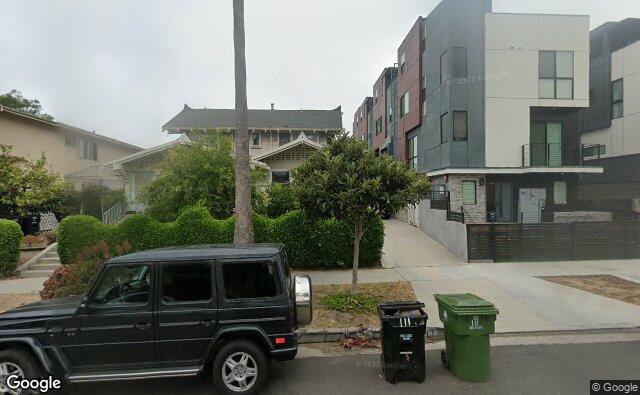 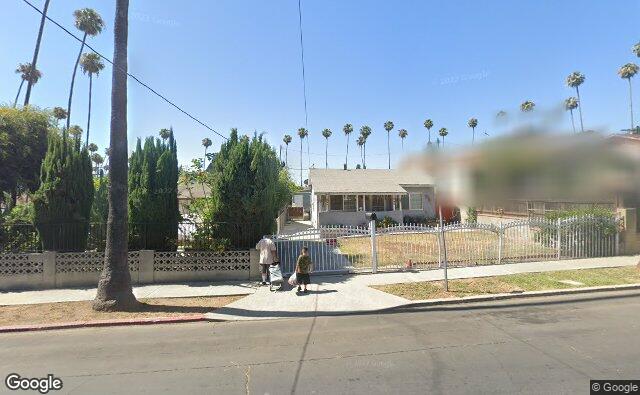 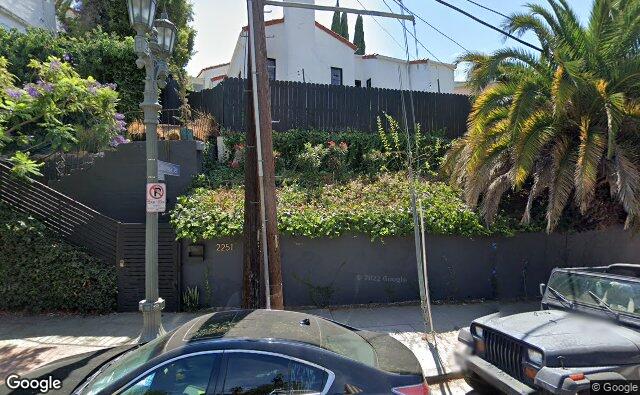 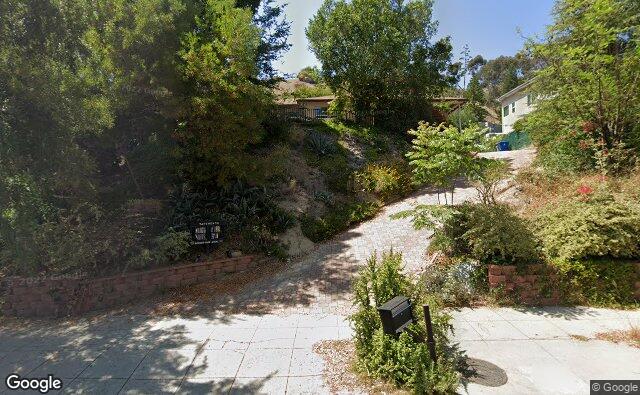 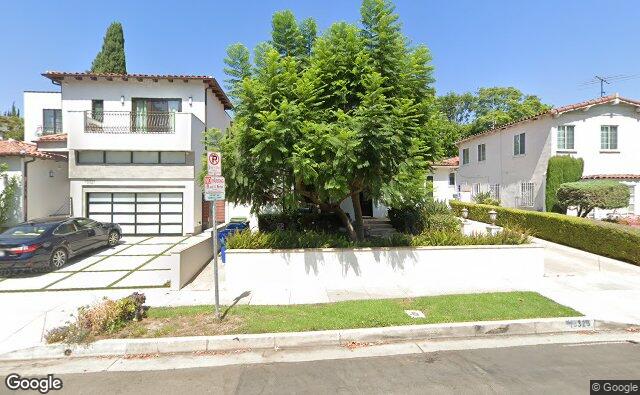 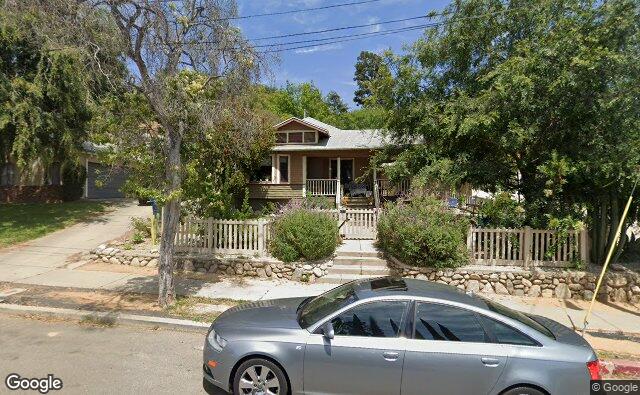 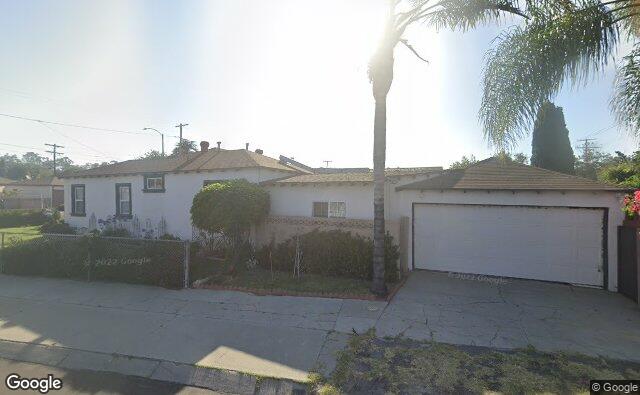 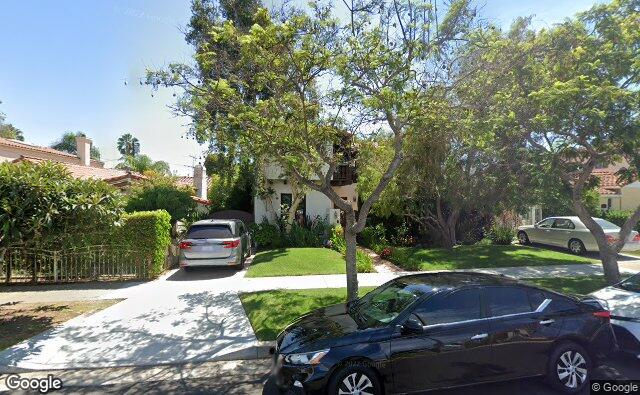 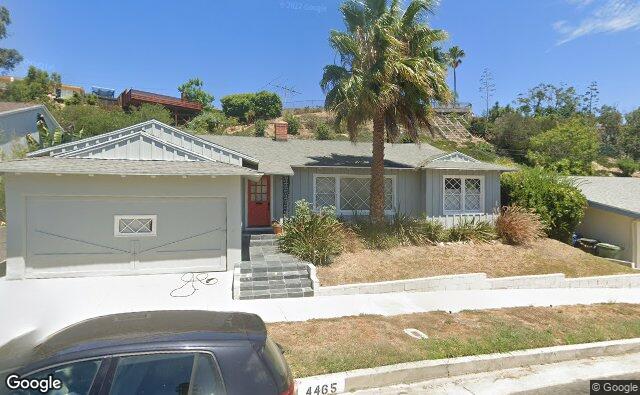 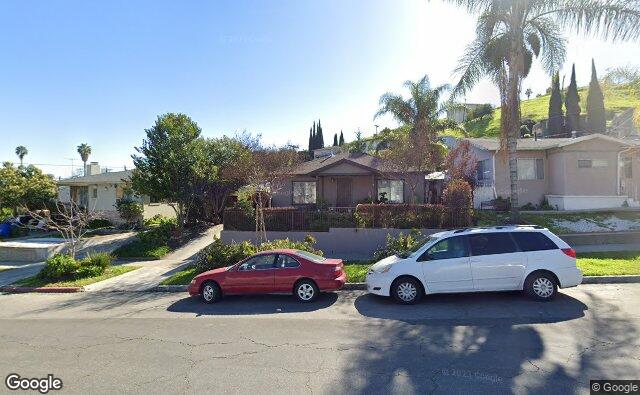 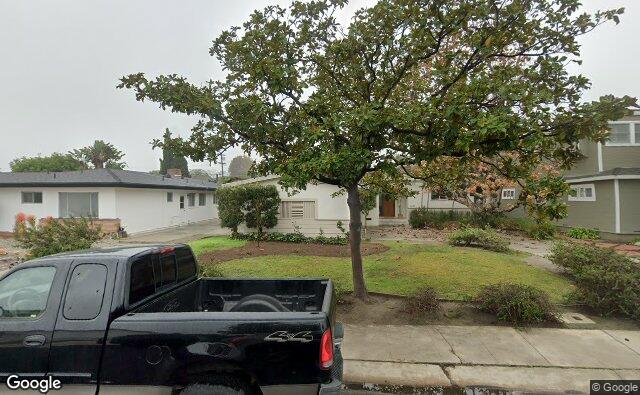 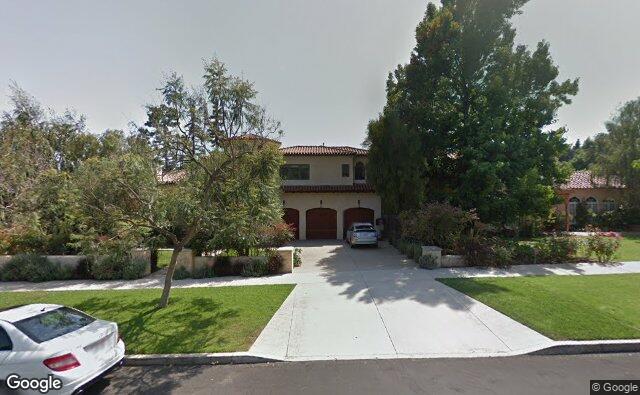 Los Angeles Homes By The Numbers

314
1000
Our assessment of the average current home value. We use several data sources including tax assessments, listing history, building permits, and zoning regulations.

1,687 sq ft
How much homes have been sold for over the last year.

Welcome to the City of Angels

The city of Los Angeles encompasses almost 469 square miles and sits in a basin adjacent to the Pacific Ocean. It was originally inhabited by the Chumash and Tongvar tribes, but the territory changed hands multiple times through wars, land grabs, and treaties among the Spanish, Mexican, United Mexican States, and finally the Americans. The city’s proper name, El Pueblo de Nuestra Señora La Reina de los Ángeles (The Town of Our Lady the Queen of the Angels), was bestowed by Spanish settlers in 1741.

Los Angeles is world renowned for its glamorous celebrities, golden sunshine, and the sparkling waters of the Pacific. But prior to the 1900s this bustling metropolis wasn’t much more than a group of dusty ranchos with a few small towns dotting the landscape. Cattle ranching and agriculture were the main industries.

Multiple simultaneous events conspired to increase the population of the sleepy seaside town. The completion of the Transcontinental Railroad in 1876 provided Easterners with a direct route to the Pacific. In 1892, vast untapped oil reserves were discovered along the coastline and spurred the city’s growth. The burgeoning film industry, cramped and constricted in New York, moved west to take advantage of cheap, plentiful land and good weather. The aeronautics industry, still in its infancy, followed suit. The 1920s began to roar in California, with the sounds of construction ringing in the decade.

With multiple new industries converging in the basin, the demand for housing spiraled as workers came from all over the country to take advantage of the abundant employment. Between 1922 and 1928, 34 unincorporated areas and 5 cities merged with Los Angeles, increasing the population by 115%. An unprecedented real estate boom ensued; more than 25,000 single and dual-family residences were constructed in 1923 alone. In fact, Realm’s data shows that the majority of the single-family homes in the city proper were constructed in 1923.

As the aptly dubbed “Entertainment Capital of the World,” Los Angeles has a lot to offer. With its diverse topography, you can explore canyons, go rock climbing, visit the beach, hit the ski slopes, and observe nature in an array of microclimates. There are museums, galleries, live music, theme parks, movie theaters, and stage productions galore. The Griffith Observatory, the Hollywood Sign, the Hollywood Walk of Fame, the Getty Center – it’s all within the city or a short driving distance away.

Los Angeles is also an economic powerhouse that generates more than $3 trillion annually. There are a number of major industries in and around Los Angeles. These include medical devices and health services, advanced transportation, clean vehicles and fuels, aerospace and defense, biopharmaceuticals, education, hospitality and service, and entertainment.

But there is one drawback to living in Los Angeles — the gridlock. As you’ve probably heard, traffic in the city is bad. During peak rush hours, CalTrans estimates that traffic flows at 80% capacity. Average commute times are increasing and Angelenos spend the equivalent of 5 days per year sitting in traffic.

Within the city proper, you will find a mix of French Revival, English Tudor, English Revival, Mediterranean, modern, Spanish, contemporary, and even a few Victorian jewels. The ranch style home, so closely identified with California living, begins to make an appearance as you move out of the city and into the suburbs.

Given its excess of talented movie studio carpenters and creative designers, Los Angeles was bound to develop a signature home style. The so-called Storybook houses were built in small enclaves around the city and featured unusual design details, such as half-timbered construction and cobblestone streets, representing a Danish fishing village. The Hobbit Houses hunker into their lots with spooky exteriors and interiors that are reminiscent of boat cabins. The Witch’s House is probably the most famous of the fairytale residences, as it has been featured in many films and is part of a guided tour of celebrity homes in Beverly Hills. This fantastical creation began as part of a movie set and later became a private home. The droopy, deliberately dilapidated structure features crooked chimneys, mullioned windows (which have vertical dividers), and a carefully cultivated but intentionally overgrown garden. Huge crowds of children still gather at the Witch’s House at Halloween — so much so that local police have to barricade the neighborhood to car traffic on that day!

At the other end of the spectrum, Los Angeles has no shortage of grand residences. Greystone, designed by architect Gordon B. Kaufmann for the Doheny family of Beverly Hills, now has gardens open to the public. This limestone-clad Tudor Revival mansion is the largest private home in Los Angeles, with more than 46,000 square feet of living space. The Arthur Letts Jr. House (better known as the Playboy Mansion) was constructed in Holmby Hills in 1928. This Tudor-Jacobean manor was considered the most sophisticated home in the Hills. Owlwood, also located in Holmby Hills, is a Tuscan-style villa that has had several famous owners, including Tony Curtis and Sonny and Cher.

Los Angeles also has an iconic legacy of modern architecture. Famous architects, including Le Corbusier, Ludwig Mies van de Rohe, Walter Gropius, and Frank Lloyd Wright all have work distributed throughout the city and the greater Los Angeles metro area. Rudolph Schindler and Richard Neutra collaborated on multiple homes in the Silver Lake district, most of which have been classified as historical residences.

Choosing a home in Los Angeles

Selecting an older home in Los Angeles doesn’t necessarily mean you’ll need to pour money into renovations or upgrades. In older homes, emphasis was put on solid construction with attention to detail, especially in homes designed by Paul Revere Williams, one of the first Black architects in America. His work is considered to be of the highest quality, and homeowners have respected his talent, with most of his homes still retaining the original design footprint. By this time many older homes in the Los Angeles housing market have updated electrical and plumbing systems, so that expense has already been absorbed. In fact, HVAC work was the fifth most popular feature (mentioned in 1,944 recent listings), according to Realm’s data analysis.

With that said, however, prospective homeowners should always have a licensed inspector conduct a thorough examination of the structure prior to purchasing a home. Be on the lookout for bowed or cracked walls, water damage, and foundation issues. If any of these problems are found, you can obtain professional estimates and negotiate the repair cost with the seller.

Despite their architectural differences, homes in the Los Angeles area share many common features. Outdoor living is essential in Southern California and that shows in the housing market listings. Realm’s data analysis found that patios (2,581 listings), pools (2,113 listings), and decks (1,976 listings) were the second, third, and fourth most popular features, respectively. Mild temperatures and low humidity encourage outdoor activity and entertaining and Angelenos take advantage of their year-round good weather!

Are housing prices going down in Los Angeles?

Although the Los Angeles housing market cooled off in 2020, it has actually picked up in 2021. As of August 2021, the median price for a single-family home in Los Angeles County hit $830,070, an increase of 19.8% from the previous year. Home values and home prices in Los Angeles are projected to continue rising into 2022.

What salary do you need to live in Los Angeles?

While the cost of living in Los Angeles isn’t as high as it is in some other major US cities, it’s still an expensive place to live. If you’re looking to buy a home in Los Angeles, considering the median home price, you’d need to make $140,000-$145,000 per year. Want to learn more about how much you can afford to spend on a home in Los Angeles? Check out this calculator.

Why is Los Angeles housing so expensive?

Housing prices often come down to a simple economic concept: supply and demand. As long as Los Angeles is a desirable place to live, demand for housing will be high. If there aren’t enough homes to fulfill that demand, housing prices increase. The city’s strong economy and great weather, as well as continued low mortgage rates, all factor into the high housing prices in Los Angeles.