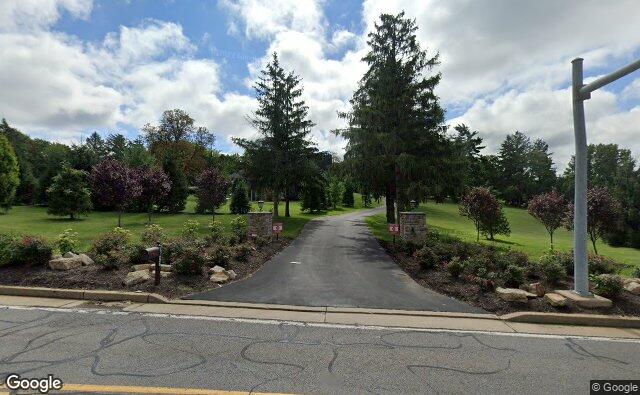 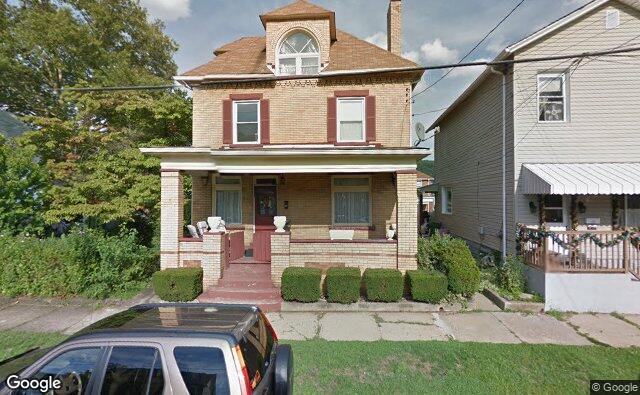 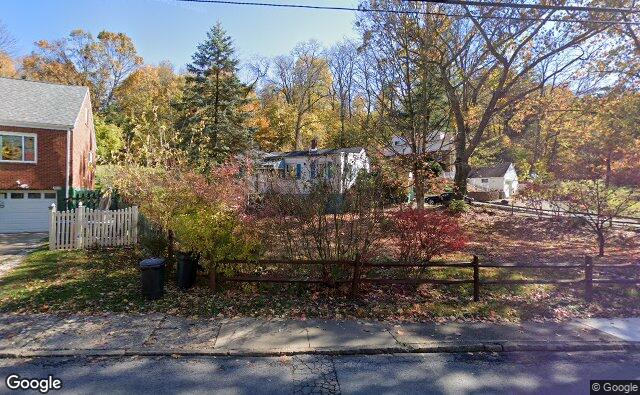 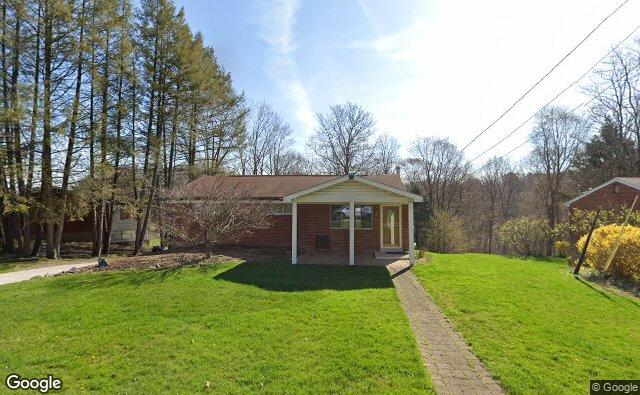 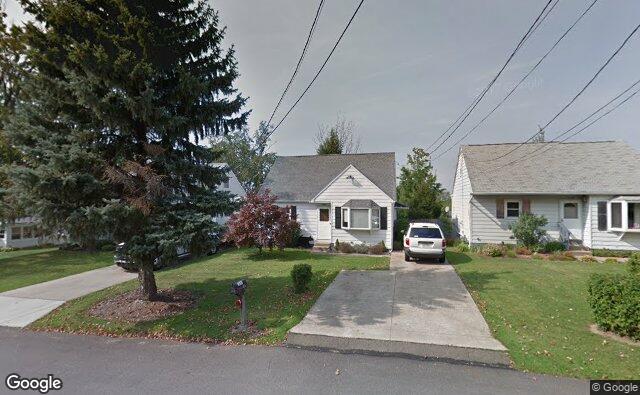 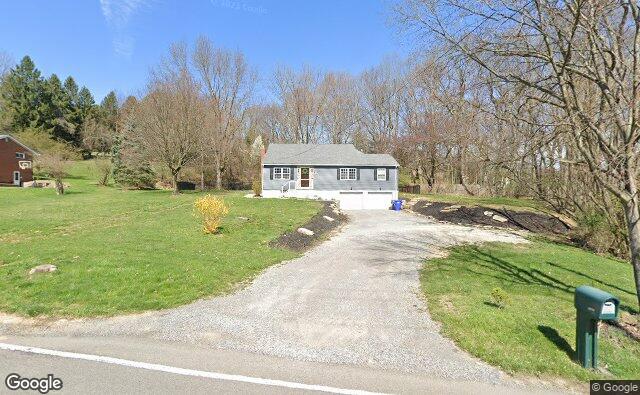 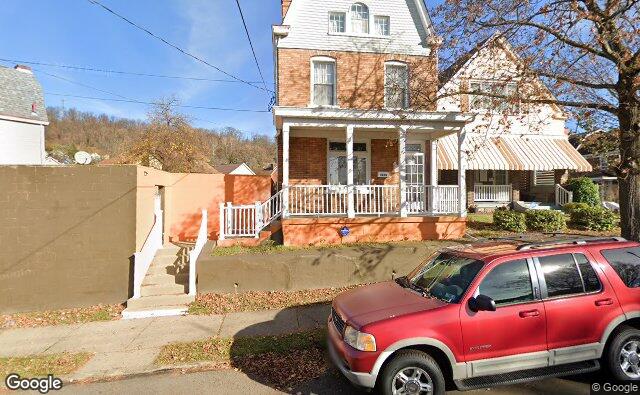 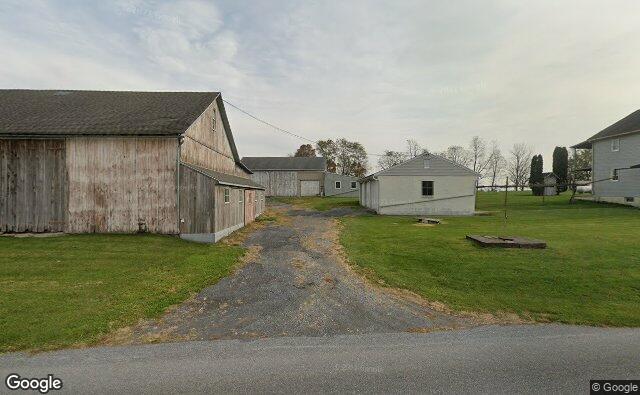 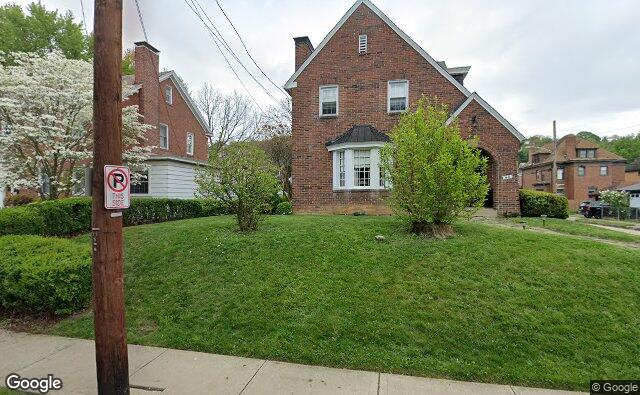 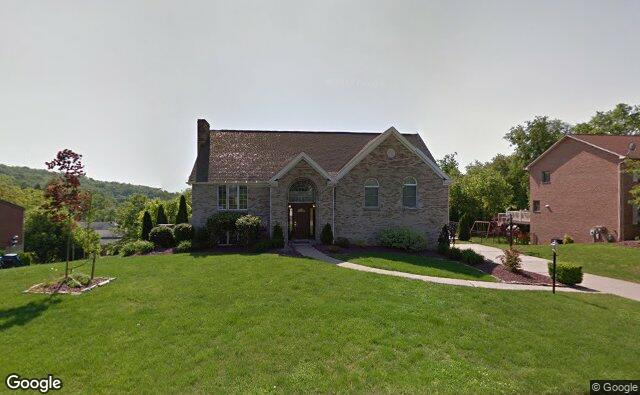 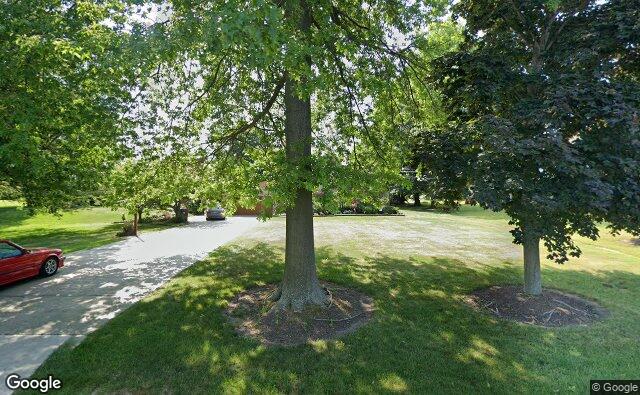 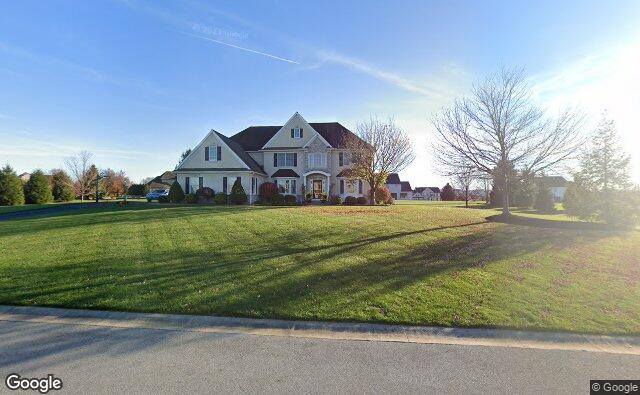 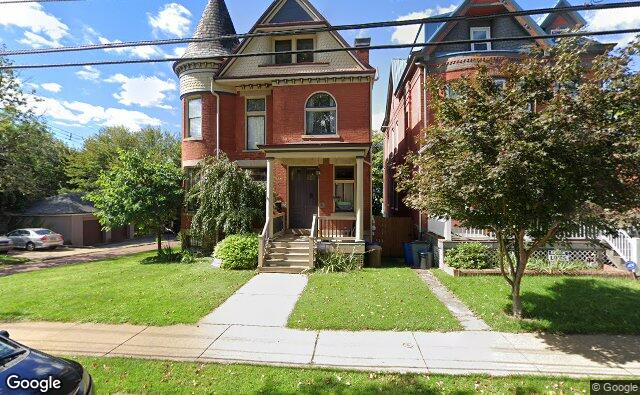 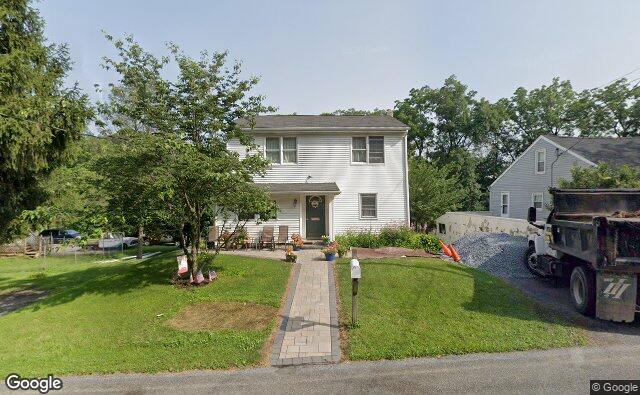 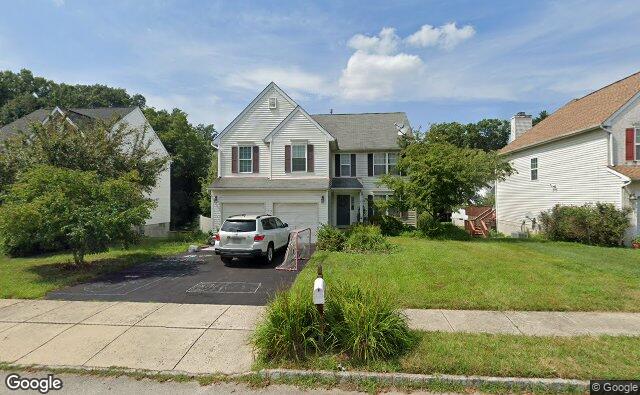 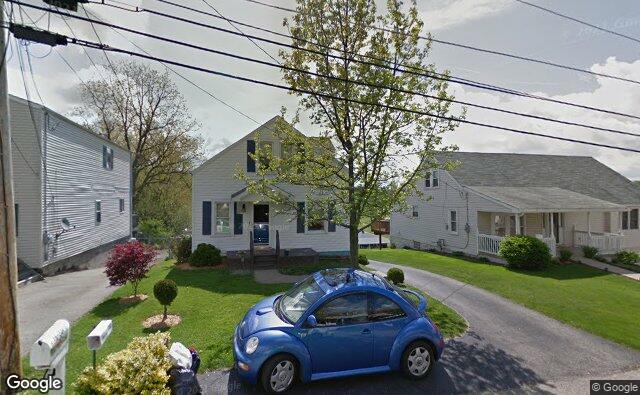 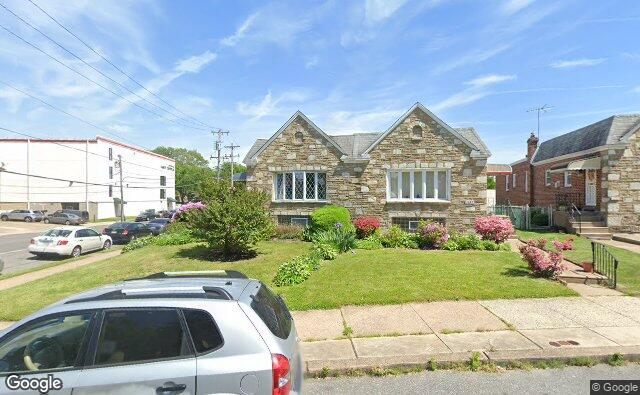 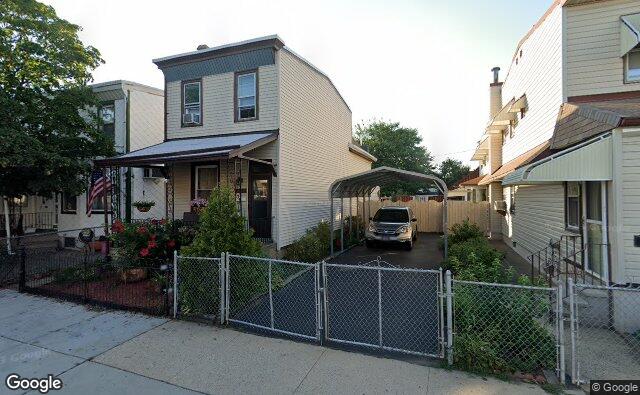 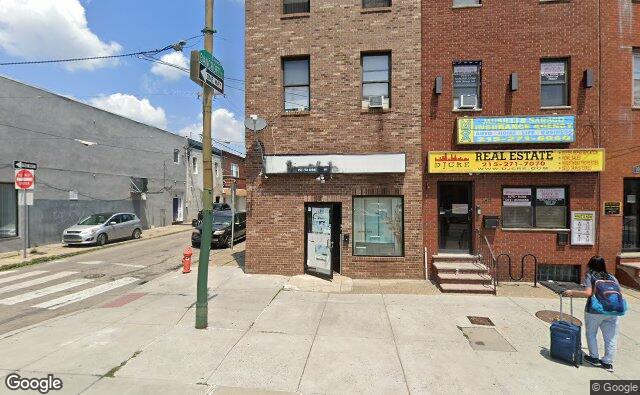 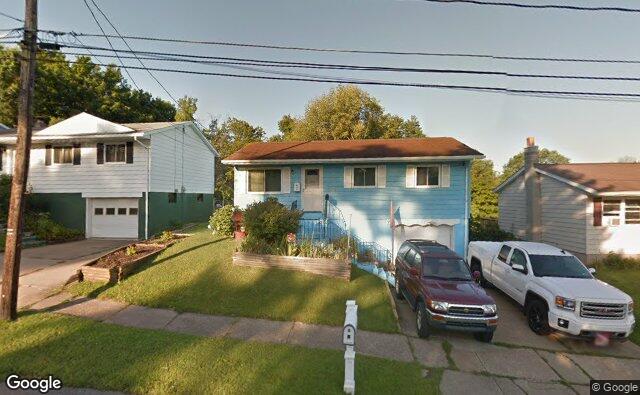 Pennsylvania Homes By The Numbers

333
1000
Our assessment of the average current home value. We use several data sources including tax assessments, listing history, building permits, and zoning regulations.

5,199 sq ft
How much homes have been sold for over the last year.

Diversity of life in Pennsylvania

Tucked between the lifestyles of New York and New England on one side, and the Midwestern United States on the other, Pennsylvania manages to embrace all facets of its heritage and geography while maintaining a unique identity among the country. Known chiefly for its large cities of Philadelphia to the east and Pittsburgh to the west, the land that lies between those two metropolises is full of underrated beauty and interesting attractions.

Pennsylvania’s geography encompasses rolling foothills, lush valleys, jagged mountain peaks, thick forests, and open countrysides. Hiking, fishing, camping, and canoeing seem to be available virtually everywhere in the state, from the steep climbs of the Poconos and Allegheny mountains to the green fields of the Lehigh and Susquehanna Valleys. The thickly forested Pennsylvania Wilds region in the northwestern portion of the state is a particular draw for those who love nature. In the Great Lakes region, on a sharp peninsula out into Lake Erie, Presque Isle State Park offers eleven miles of scenic beaches and hiking trails, alongside seasonal events and concerts.

Historically, Pennsylvania is known for the role it played in the founding of the nation — Philadelphia was the host of both the First and Second Continental Congress — so there are scores of historical attractions for residents and tourists alike. In Philadelphia, there is, of course, the Liberty Bell and Independence Hall, the site of the signing of the Declaration of Independence. The city is also home to other cultural favorites, like the Philadelphia Museum of Art, also well-known for the wide concrete step leading up to the entrance, which were famously featured in the movie “Rocky.” Reading Terminal Market is a major attraction for foodies with its local produce, meats, and artisan shops, while the Eastern State Penitentiary, the former address of one Al Capone, offers tours that give visitors a spooky glimpse into the past.

Moving to the west of Philadelphia lies Valley Forge, the site of George Washington’s historically brutal winter encampment in 1777-1778. Fans of a sweeter kind of tourist attraction will enjoy Hersheypark, a theme park just to the east of the state capital, Harrisburg. The theme park opened in the early 20th century, and Hershey’s headquarters are still in the area today. To the south, a later chapter of American history is on display at Gettysburg National Military Park, the location of the bloodiest battle in the Civil War, which served as the inspiration for Abraham Lincoln’s stirring Gettysburg Address.

On the other side of the state, the “steel city” of Pittsburgh welcomes travelers with its unique yellow (or Aztec gold, if you ask a local) bridges. The city is noted for its green spaces, especially Schenley Park, a 456-acre space with tennis courts, a golf course, trails, and woods. The Andy Warhol Museum is another worthy attraction in Pittsburgh, with the artist’s famous works like the Marilyn, Elvis, and Tomato Soup Can paintings all on display.

Despite its many attractions, the state of Pennsylvania is not often known for its tourism, but rather for its industrial contributions to the country. Over the years, particularly in the late 19th and early 20th centuries, Pennsylvania was crucial for its production of coal, steel, and railroad components. Even though portions of those industries have died, Pennsylvania’s industrial spirit remains. The state is considered the “Snack Food Capital of the World” since it is home to over 2,300 food processing companies, which generate around $5 billion annually. It is the nation’s second-largest natural gas producer, and one of the top three energy exporters in the United States. Rather than manufacturing railroads, the Pennsylvania of the 21st century focuses on medical devices, organic foods, and nanomaterials. Agribusiness also flourishes within the state, producing almost 10% of the country’s Christmas trees. Additionally, large science and pharmaceutical companies like Merck, Quest, and Bayer all have a significant presence in Pennsylvania.

Of course, when thinking of notable architecture in Pennsylvania, you might think of the architectural treasures Fallingwater and Kentuck Knob. These two gorgeous homes designed by Frank Lloyd Wright, located in the southwest corner of the state, typify Wright’s Usonian home design. This is a modernist style with clean lines and a tendency to make the home a sculpture that seamlessly integrates the landscape surrounding it.

More classical styles can also be seen throughout the state. Philadelphia’s City Hall, constructed in the late 1800s, was built in the Second Empire style. It’s the most elaborate seat of a municipal government in the nation. Furthermore, in Pittsburgh, the Cathedral of Learning at the University of Pittsburgh is a stunning gothic cathedral that holds the title of the tallest educational building in the United States.

Home styles for private residences reflect the same kind of variety seen in Pennsylvania’s public buildings. Cape Cod homes with their square floor plan, steeply pitched roofs, and attractive shingles, are popular, as are the rectangular and symmetrical Colonial and Colonial Revival styles, recognizable by their evenly spaced, shuttered windows. Elaborate and colorful Victorian homes are available as well, with every substyle and genre available from whimsical Queen Anne designs to heavy Romanesque homes. They are often asymmetrical with an irregular roofline and wide porch.

Contemporary and modern homes with open floor plans and clean lines are more recently popular, including those with a flat roof and gables. Much like Wright’s designs, these homes try to incorporate the surrounding natural landscape into their architecture. For more recently built homes, the catchall term “traditional” is often applied. These homes often have the characteristics of one or more styles or a modern interpretation of an older style. Popular features include two stories, front-facing gables, and covered entryways.

No matter the style, Pennsylvanians seem to value natural textures within their homes, since Realm’s data analysis found that wood floors were the most popular feature in the housing market, with 37,803 mentions in recent real estate listings. Decks, with 36,193 mentions, and patios, with 28,256 mentions, followed closely behind in popularity. It’s a good thing that lumber seems to be plentiful in the state. Pennsylvania is also an older state with many older homes, which can lead to a host of issues if they’re not properly maintained. However, Realm’s data analysis found some good news here: HVAC and roofing were also among the most popular features in the Pennsylvania housing market (HVAC had 36,193 mentions while roofing had 22,966). That suggests that Pennsylvania homeowners are doing work to maintain these important features.

Realm’s data analysis found that most homes in Pennsylvania were built in 1900. This means that although they are certainly gorgeous, charming, and offer an aesthetic that isn’t always easy to find, it also means that the condition of the property could be questionable. These homes are now over one hundred years old and the foundation of any potential home will certainly need a detailed inspection. Wood beams that are integral to the structure may have rotted or been compromised by termites or ants. Settling over time may have caused an uneven floor with rippling or cracks within the plaster on the walls. Doors in the home may or may not close properly because of foundational shifting, so the house may need to be stabilized to return the property to a level state. Though that can be a nuisance, it typically isn’t terribly expensive.

The roofing, though it’s likely been replaced several times over the property’s lifespan, may need replacing again. If the home has its original rafters, they may be undersized, which can lead to dips in the roofline over time. This can be fixed through bracing, but the cost differs depending on what’s directly below the roof. It costs more to add bracing when it covers a more developed or finished space.

Homes from the turn of the last century were constructed without modern amenities like electricity, plumbing, and insulation, and though these features have certainly been added by now, they may need some work depending on when and how they were put into the home. It’s important to check the quality of the wiring since faulty wiring can be a fire hazard. If the home’s electrical system hasn’t been touched since, say, the 1950s, the home will need some work to bring it up to modern standards and demands.

Plumbing has the possibility of being poorly vented or constructed with materials that may leave the homeowner vulnerable to leaks, like galvanized steel which can rust, or polybutylene, a plastic that can flake, fracture, and eventually rupture if exposed to chemicals in municipal water supplies, like chlorine.

The home’s insulation, depending on when it was put in, may be insufficient. During the 1970s, there was an energy crisis and many older homes had insulation hurriedly installed. The quality from that time frame is quite variable, so homeowners should verify that the insulation is up to snuff to avoid costly energy bills in the winter.

Although this seems like quite a bit, having an older home can be a rewarding and unique experience. Prospective homeowners should make sure that they do not waive a home inspection and that the home inspector has knowledge of and respect for older homes. Additionally, if the home does need significant or even moderate renovations, Realm’s dashboard tool can help you get an accurate cost estimate and determine how much value your home will stand to gain once the renovation is complete.

Despite the possibility of interior and exterior issues with an older home in Pennsylvania, natural disasters are, thankfully, not as large of a threat. Realm’s data analysis found that 98% of homes in the state were outside of a flood zone and 100% were outside of a designated perimeter for a wildfire that occurred in the last five years.

What’s the average cost of a house in Pennsylvania?

As of the spring of 2021, the average cost of a home in the state was hovering around $216,000. This places pricing in Pennsylvania slightly below the national average. Home values are rising in the area though, coming in about 9% higher than the previous year.

Where’s the cheapest place to buy a house in Pennsylvania?

A small suburb of Pittsburgh named West Mifflin. It’s a quiet town with good schools and a low crime rate. Honorable mentions go to Oil City on the Allegheny River in the northwestern portion of the state and Brentwood, another suburb of Pittsburgh.

Are houses cheaper in Pennsylvania?