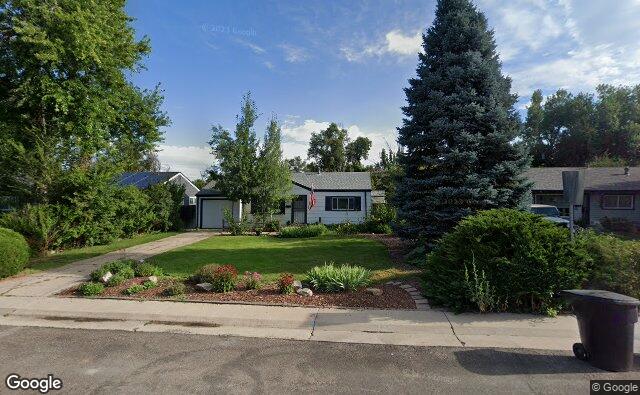 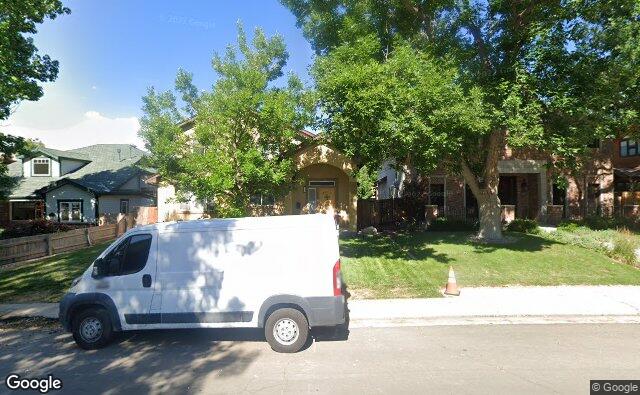 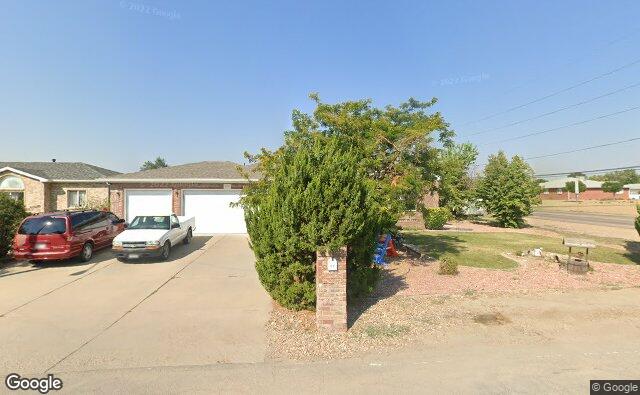 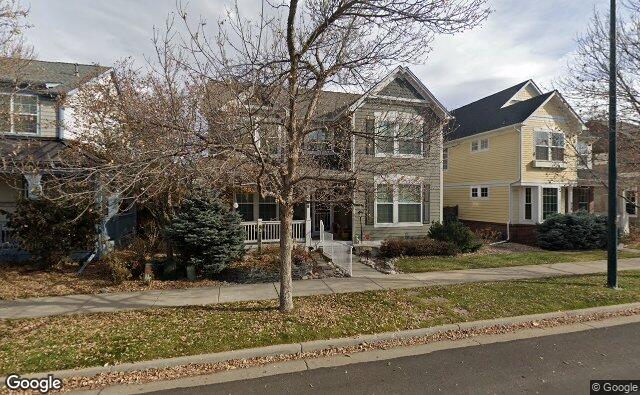 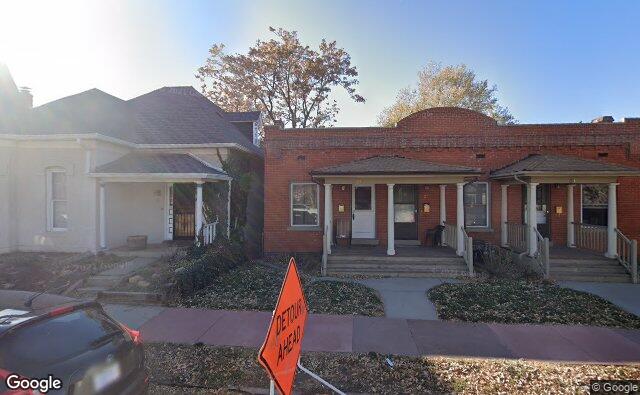 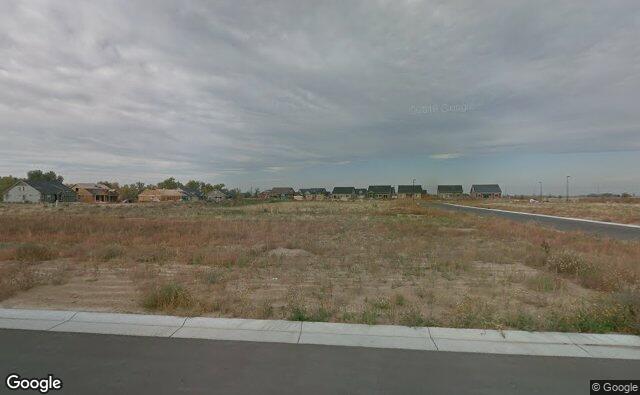 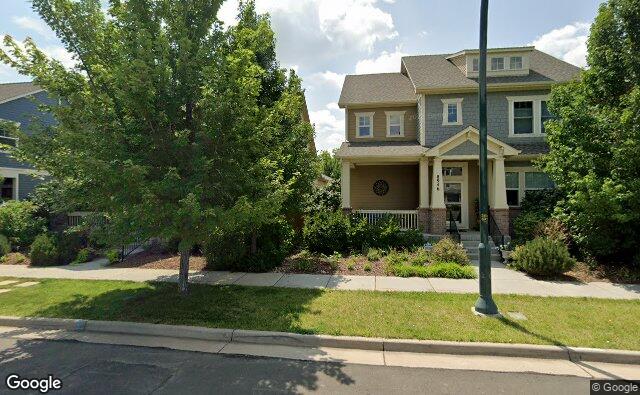 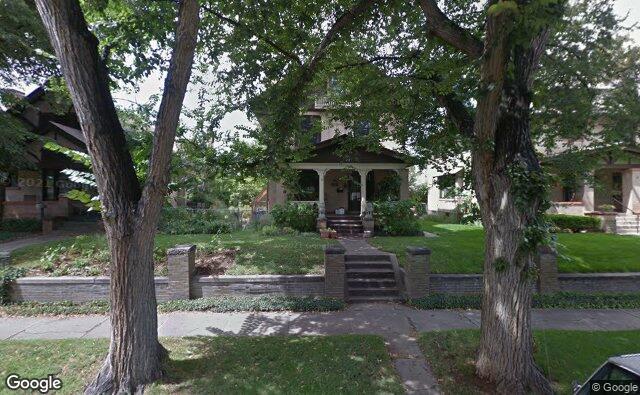 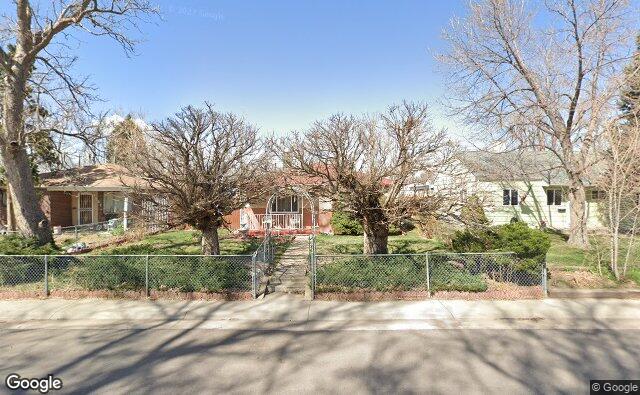 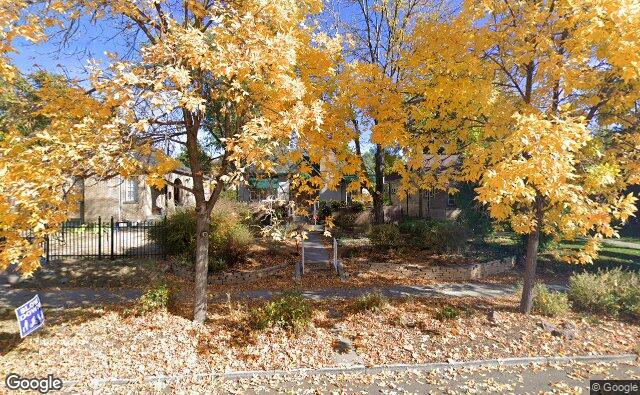 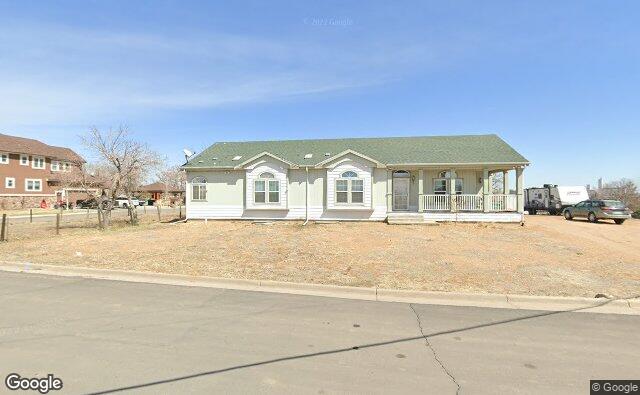 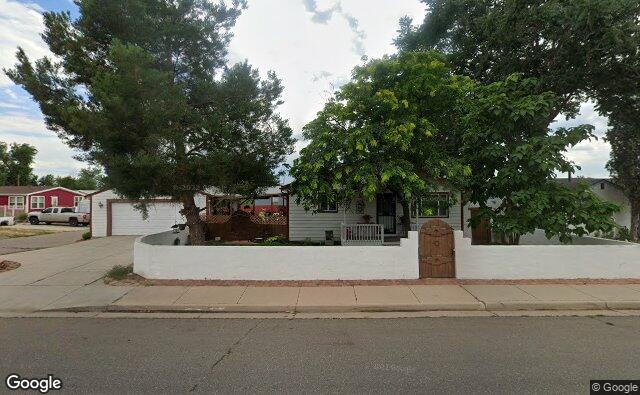 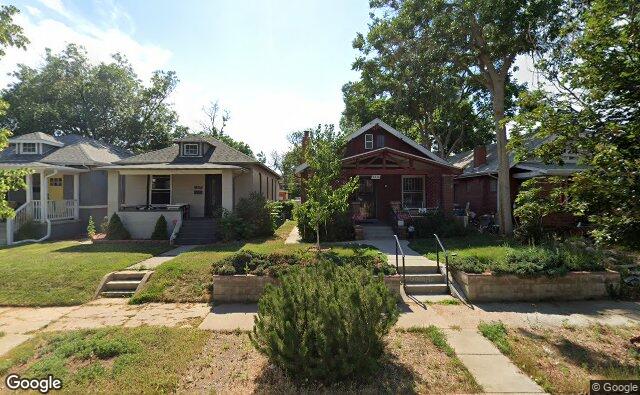 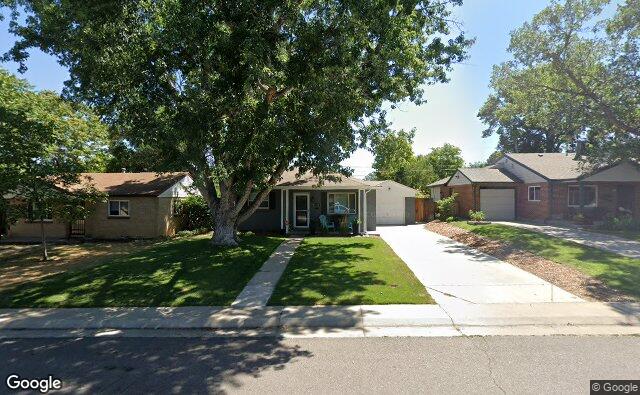 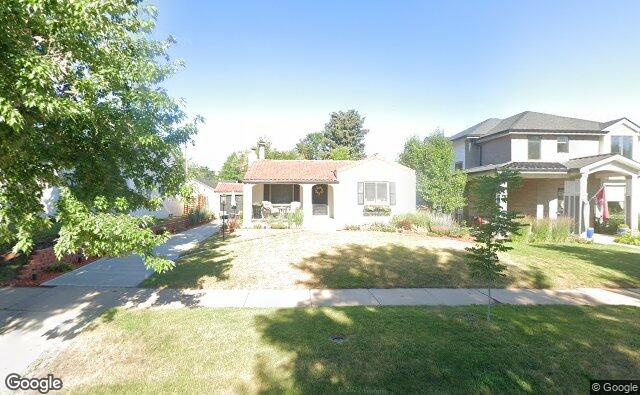 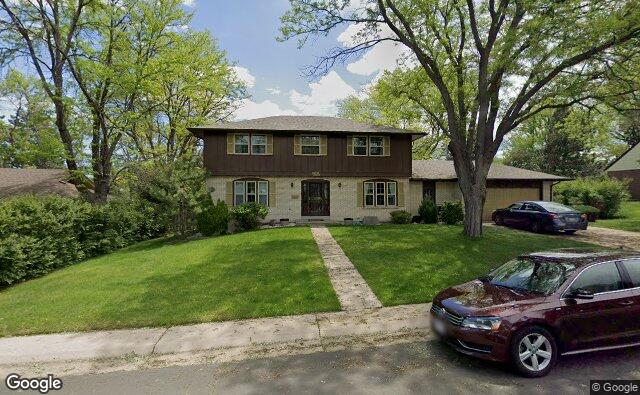 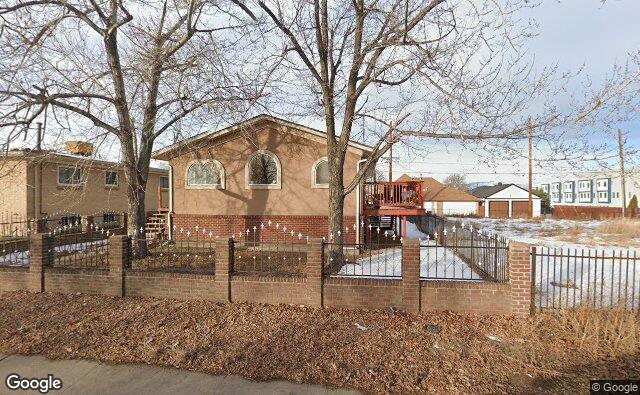 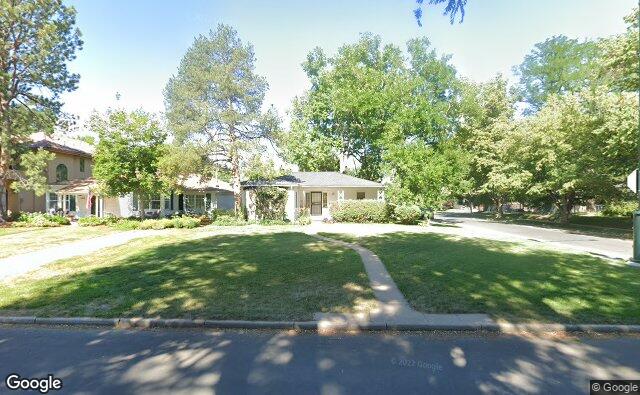 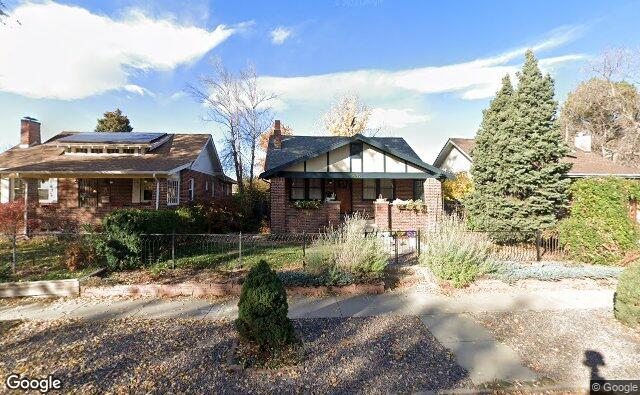 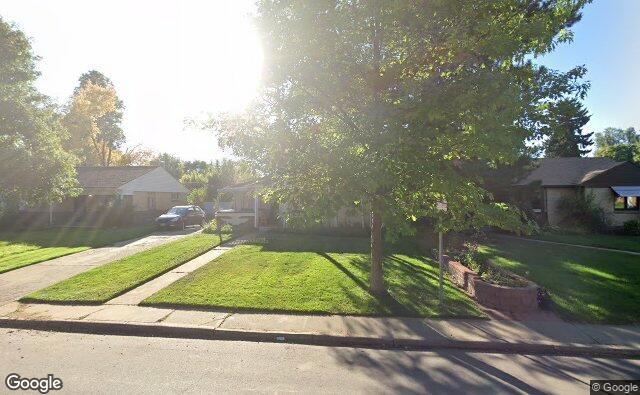 Denver Homes By The Numbers

422
1000
Our assessment of the average current home value. We use several data sources including tax assessments, listing history, building permits, and zoning regulations.

1,520 sq ft
How much homes have been sold for over the last year.

Nestled against the stunning backdrop of the Rocky Mountains, Denver is a unique city capable of giving residents the peace of nature and the bustle of city life. Although its population has swelled in recent years, increasing about 20% in the last decade alone, Denver remains a comfortably mid-sized city, comparable to Nashville, TN or Seattle, WA.

Even though Rocky Mountain National Park is less than an hour’s drive away, there is still a wealth of adventure to be had within the confines of the city. Attractions like the Buffalo Bill Museum and Grave, the Colorado Railroad Museum, and the newly opened History Colorado Center allow visitors to step back in time and explore Denver’s rich history. Those more inclined to keep their feet firmly in the present might enjoy exploring what the 16th Street Mall and the Cherry Creek Shopping District have to offer.

The city’s thriving arts scene is home to the Denver Art Museum and one of the largest performing arts centers in the nation, the Denver Performing Arts Complex. One of only four cities to host a US Mint, there are tours available both there, and at the Coors Brewery, which is headquartered in Golden only thirty minutes to the west.

Denver’s reputation as a sunny, active, and outdoorsy city is well-deserved, and many locals can be found outside, enjoying City Park’s public golf course and hiking trail. As an added bonus, the views here are spectacular.

The Mile High City has a bustling economy, fueled mainly by the aerospace, broadcast and telecommunications, financial services, bioscience, energy, and IT software industries. Denver’s energy sector employs roughly 150,000 people and generates some $11.4 billion per year. The city ranks third in the United States for oil and gas production and fourth for clean tech employment concentration.

Though the city’s founding in 1858 began with humble cabins to house gold prospectors, today, it’s home to some truly outstanding architectural feats. Union Station in downtown Denver, built to serve as a transportation hub in 1881, was designed by D.H. Burnam & Co. in the decadent Beaux-Arts style, popularized in Parisian structures like the Palais Garnier and the Musée d’Orsay. It's been renovated twice, once in 1914 and again from 2010-2014, which earned the structure a Gold LEED certification, acknowledging its environmentally friendly updates.

In another breathtaking display of nineteenth-century design, the Colorado State Capitol building was erected in 1894 with the intention of mimicking the United States Capitol Building. The Colorado State Capitol retains the neoclassical essence of its inspiration, but the building materials sing a love song to Colorado. The dome is gilded with gold from Colorado mines, while the interior features the rare Colorado Rose Onyx, a rock native to the town of Beulah. All of the building’s flooring is White Yule Marble, the state rock of Colorado. Additionally, visitors to the Capitol can make their way to the fifteenth step and find themselves exactly one mile above sea level.

For fans of a more modernist aesthetic, the Denver International Airport, constructed in 1995, is known as one of the most efficient and simultaneously beautiful airports. Designed in only three weeks by Fentress Architects, the airport has the world’s largest structurally integrated tensile membrane roof (meaning it’s a type of fabric stretched over a steel cable system). The roof structure has a series of tent-like peaks, though the design was meant to mimic the snow-capped Rockies.

Those seeking out their own corner of Denver are in for a treat since the neighborhoods are rich, historical, and diverse throughout the city. Realm’s data analysis found that the most popular features in Denver homes include patios (found in 3,666 real estate listings) and wood flooring (found in 3,338 listings). Also topping the list of popular features: HVAC updates, mentioned in 2,224 listings, and roofing work, mentioned in another 2,251 listings. Fencing was also in-demand, noted in about 2,196 local listings.

When it comes to overall housing style, the Bungalow remains a Denver architectural staple. However, those with differing tastes will also find Victorian, Tudor, and mid-century modern-style homes. Finally, the iconic Denver square style remains popular and well-suited for updates and remodels.

Hot tips for homes in Denver

Realm’s data analysis found that most homes in Denver were constructed in 1955. This is ideal if homeowners are excited by older styles. But there are some things to consider from a maintenance perspective.

Houses from the 1950s use materials and building techniques that are largely avoided in modern construction. If the home has not been properly maintained, large amounts of renovations might be necessary. Homeowners should ensure that the electrical system in the house has been updated since electrical panels from the mid-twentieth century are incapable of keeping up with the demands of modern appliances. Furthermore, older furnaces and heating systems are inefficient compared to their modern counterparts and may contain asbestos.

When it comes to the plumbing and sewage, if the house still has its original pipes, they will likely need replacing, since interior piping was done with galvanized steel and exterior drainage pipes were often constructed with cast iron. Both of these materials can rust and lose their effectiveness over time. Denver also has documented issues with houses having proper drainage systems since many homes still have their original clay sewage lines. Potential homeowners may want to request a drain line video inspection. This is an additional cost upfront, but it can save the homeowner a lot of heartache (and money) down the line.

Also, most roofing materials have a twenty-year life span. If the home was regularly maintained, the roof was likely replaced in the 1970s and the 1990s, meaning it might be time for a roof update if one hasn’t been done in a while.

Finally, older homes didn’t use safety glass in the construction of windows and doors. If a home’s windows are made of basic plate glass, they can shatter into large, sharp pieces that can be fatal. This is something to check for in the doors and windows, but also in any glass shower or tub doors or anywhere else glass might be present in the home. This sounds like a lot, but homeowners simply need to be informed. Make sure a proper and thorough inspection is performed.

Despite the issues associated with older homes, Denver is relatively safe from natural disasters. Realm found that 93% of homes are not within a flood zone and 100% of Denver homes are not in a designated perimeter for a wildfire that has occurred in the past five years. To put it succinctly, the risk of naturally occurring floods and fires for a Denver homeowner is quite small.

How much over asking should I offer in Denver?

Demand for housing, along with housing pricing, is rapidly rising across the nation. Denver, being a popular real estate market, has seen a surge in demand, with listings being quickly snapped up and houses spending less and less time on the market. As of March 2021, the Denver Metro Association of Realtors warned consumers that they should be prepared to go at least 20% over the asking price.

How fast are houses selling in Denver?

Very fast. Homes are spending less time on the market in Denver than ever before. As of May 2021, it was considered the country’s second-fastest housing market with 74% of real estate listings claimed within a week. This is in contrast to the national rate of 47%.

Is Denver a buyer’s market?

No. Denver is a seller’s market right now. This means there are more active buyers than there are available homes.

Will the housing market in Colorado crash?

At this moment, a sudden decline in pricing or “crash” looks unlikely. It is more believable that the housing market will gradually slow down over time if buyers become unable to keep up with the rapid pace of pricing increases.